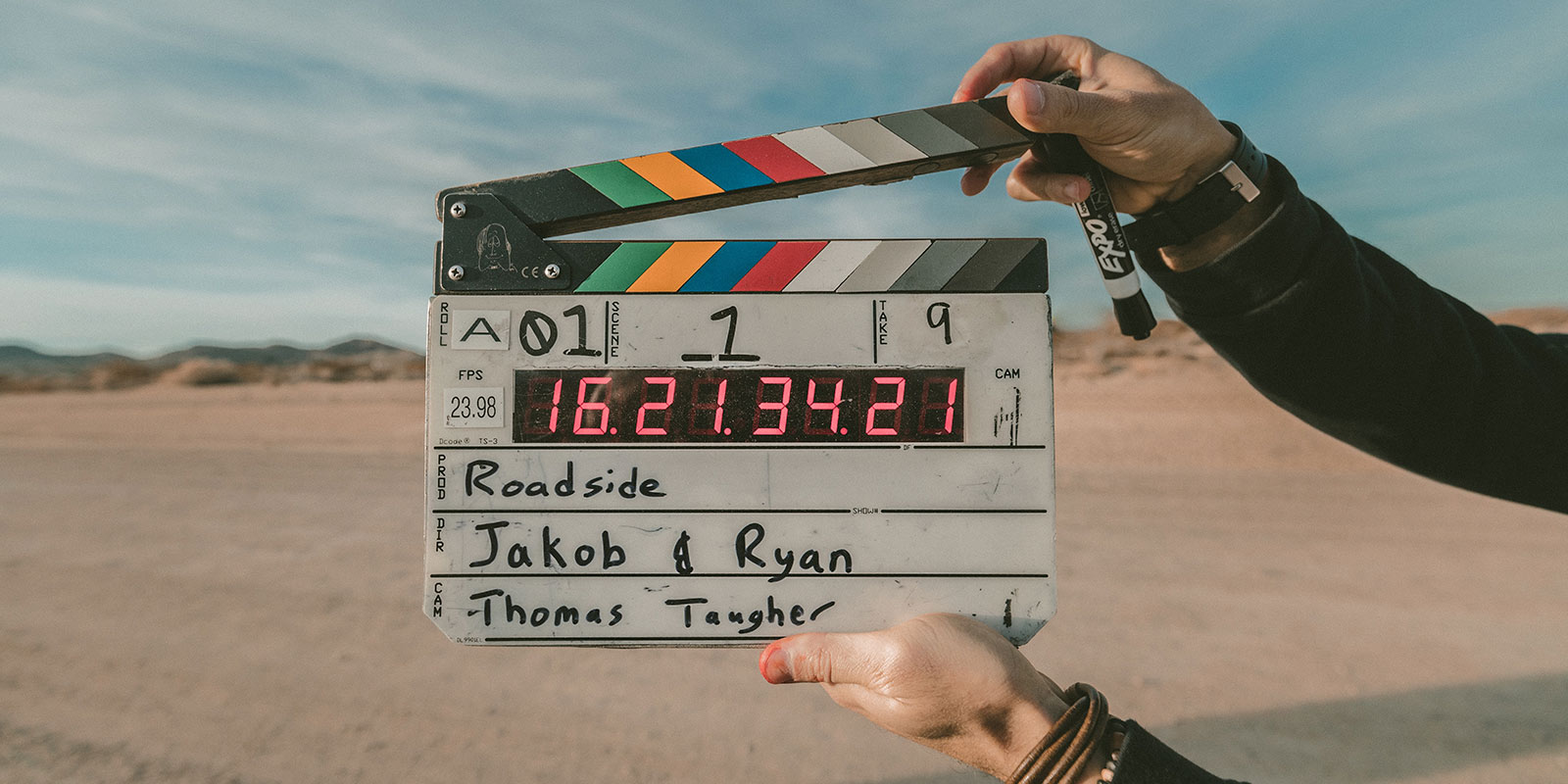 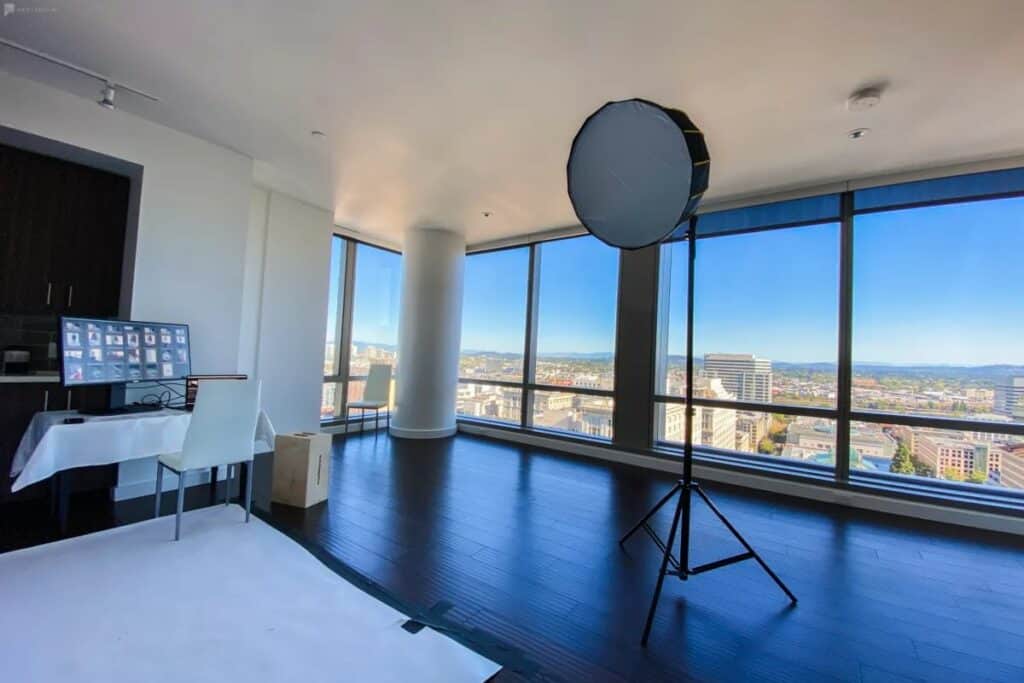 Lighting is critical for any type of shoot, especially when it comes to a music video. If you are shooting any exterior shots for your music video, shoot during golden hour. “Golden hour” is a photography term that refers to the time right after sunrise and before sunset.

On an overcast day, you will be able to capture amazing, warm tones. The light is nearly perfectly diffused at these times, and your lighting will feel warm and rich. You might even capture some lens flare in camera. Let the sun do the work for you, and your project will be golden.

2. Make your light move with the music 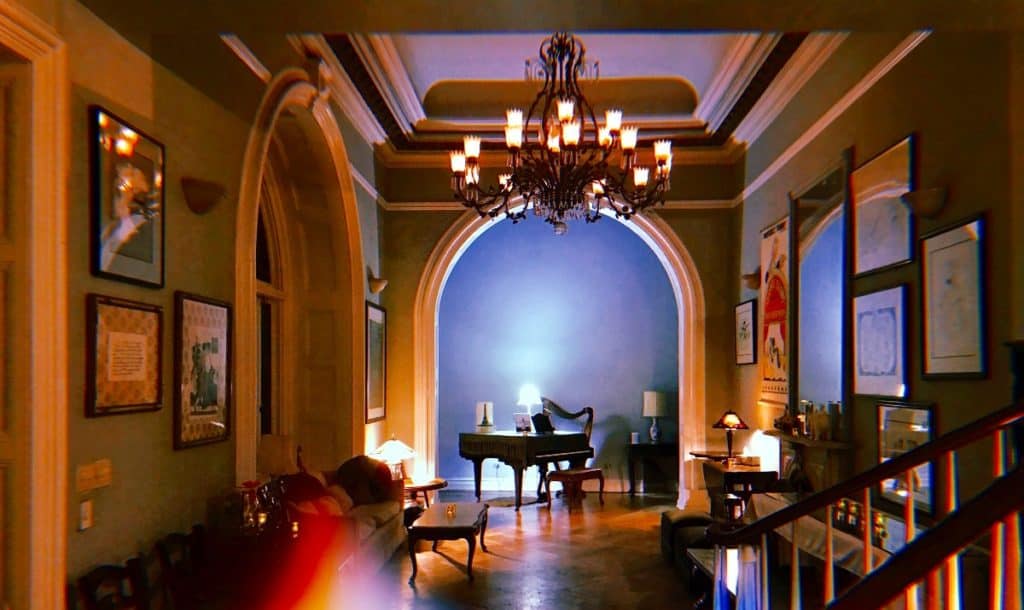 If you are shooting your musicians playing their songs in an interior environment, a cool and affordable lighting idea requires a fishing net and exposed lightbulbs. Hang the net over the area in which the band will be playing, then hang exposed lightbulbs through the net. Attach a rope to one side of the net and, when the band plays, have a production assistant or another member of your crew pull on the rope to the music. One of the neatest music video ideas, this will create a cool camera effect.

3. Record your footage at different speeds 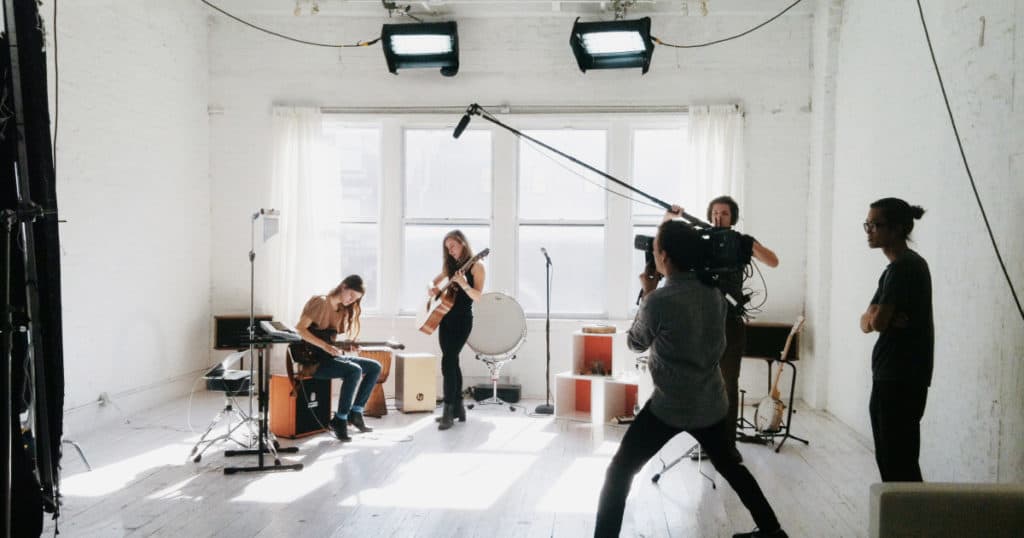 Music videos tend to break traditional filmmaking rules in a variety of ways. For one of the best music video ideas for a more modern style, try recording your footage at variable speeds. For example, slow-motion can create a dramatic effect. Remember that if your musician is singing along, you will need the song’s speed to match this footage.

Slow down the playback for them to lip-sync as you shoot the shot. Speeding up your footage is another cool and easy way to add a sense of urgency and drama to your music video. Playing with different speeds allows a bit of artistic flair to shine through the resulting video. 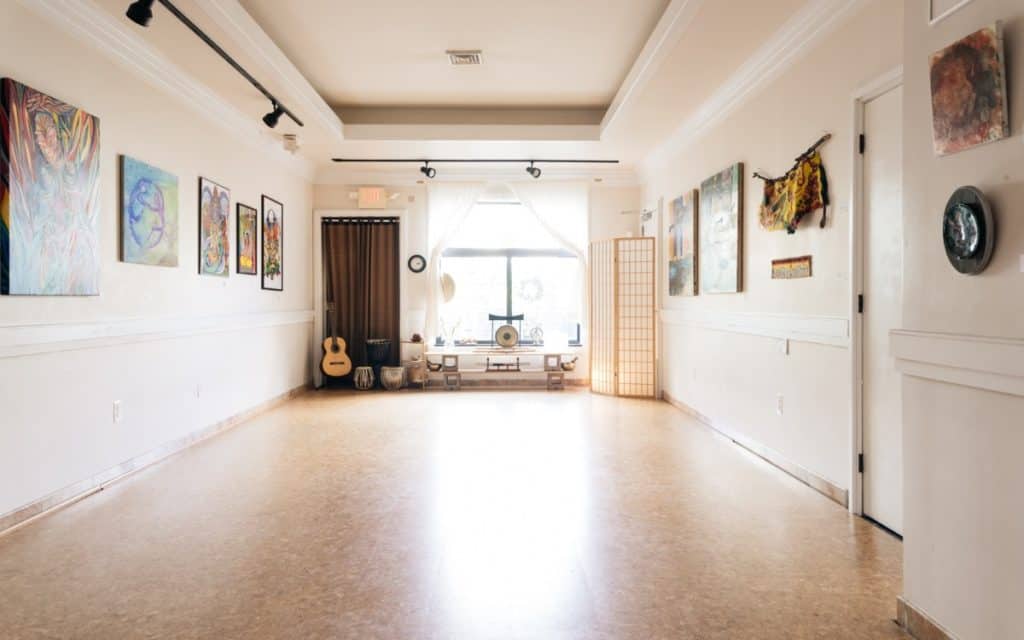 Another excellent music video idea is the slow reveal. Set up a tight shot that focuses on your singer’s face. As they sing, slowly pull out of the tight close-up with the idea that you are revealing something unexpected to the viewer. Perhaps it appeared the singer was alone, but they are, in fact with the band at a live show. Maybe your singer is singing behind a photo background, and, as the camera pulls out, you reveal that they are actually outside in a desolate location. The slow reveal can add a lot of drama and a dash of surprise to your music video that will make it super memorable to your audience. 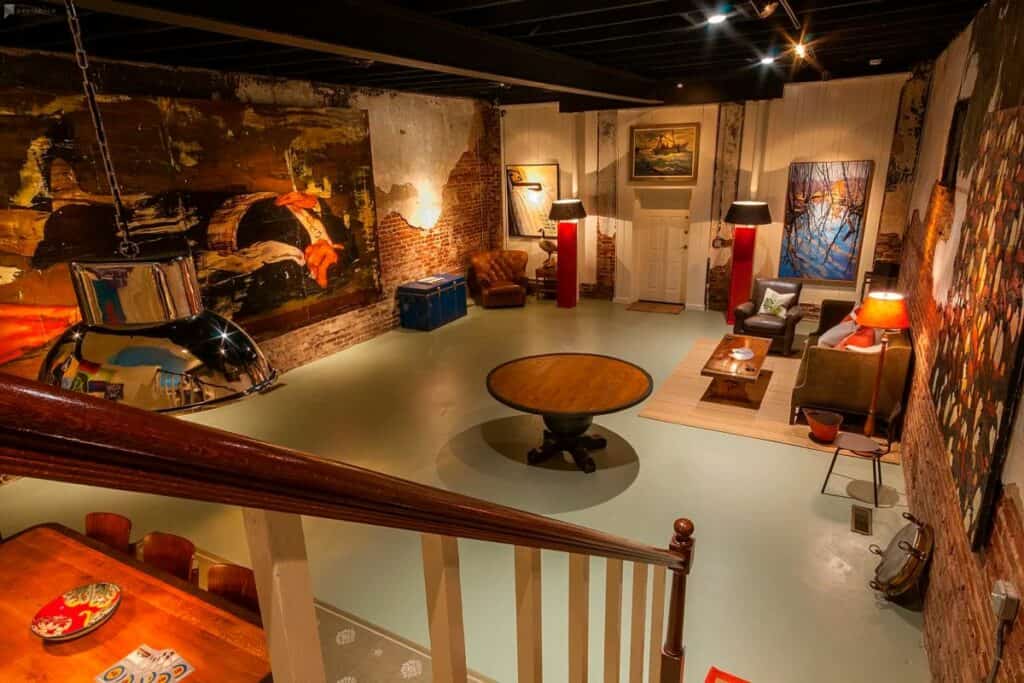 While this technique can be a challenge to shoot, the one-shot music video is a cool way to impress your viewers. This requires some expert shooting and a polished performance from your singer and musicians. The great thing about the one-shot music video is that it requires only one camera and one location. You will be moving backward with the camera, so have a production assistant or a friend help guide you as you move.

6. Shoot on a green screen

While locations are key to a great music video, sometimes you need to create a space that doesn’t necessarily exist in real life. Shoot your video or parts of your video against a green screen. You can key out the background in post-production and take your viewer to magical, unknown worlds. What’s great about this concept is that it’s one of those music video ideas that ensure versatility. It can work with any genre of music, from metal to country to pop. Stop-motion is an old-school animation technique and a great way to create some “video magic.” Be mindful that it is labor-intensive, though. Shoot stills of your musicians performing. In fact, shoot plenty of stills. This will give you an old-school flip-book effect when you assemble the photos in post. Though a classic shooting style, it can create modern video marvels. Plus, it’s an affordable way to make your video stand out.

8. Use a drone as a thrilling and modern music video idea 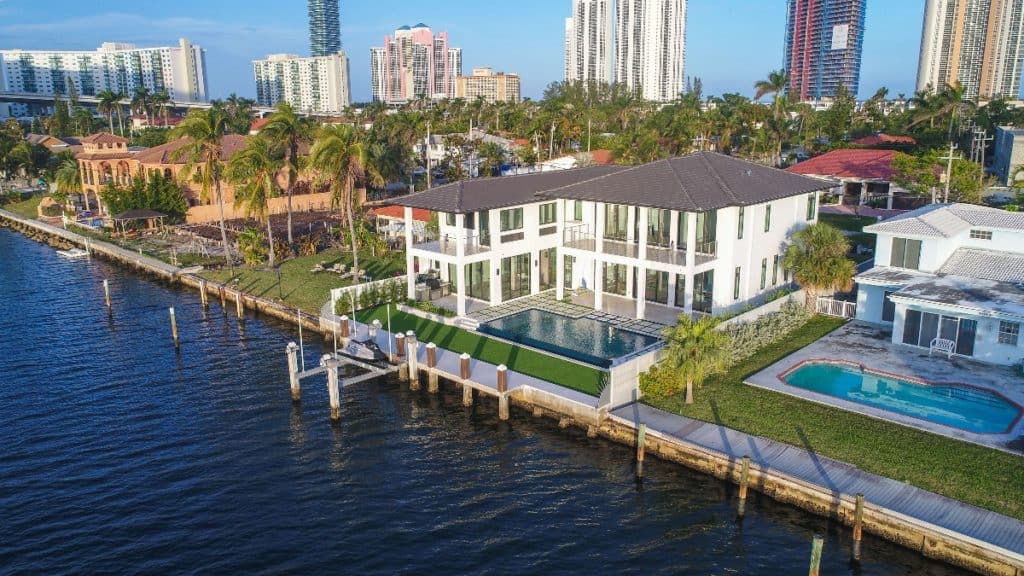 If you have access to a drone operator — or if you are one yourself — consider shooting part of your video with a drone. This could be establishing shots, B-roll, or the performance itself. There has been a real saturation of drone footage in documentaries and features and for a good reason. It creates an amazing effect that makes the viewer feel like they’re part of the action. It’s also a cool way to show the performers in a more thrilling, action-film style. And if your video is being filmed at a gorgeous Peerspace location, all the better!

9. Let the musicians shoot the video themselves 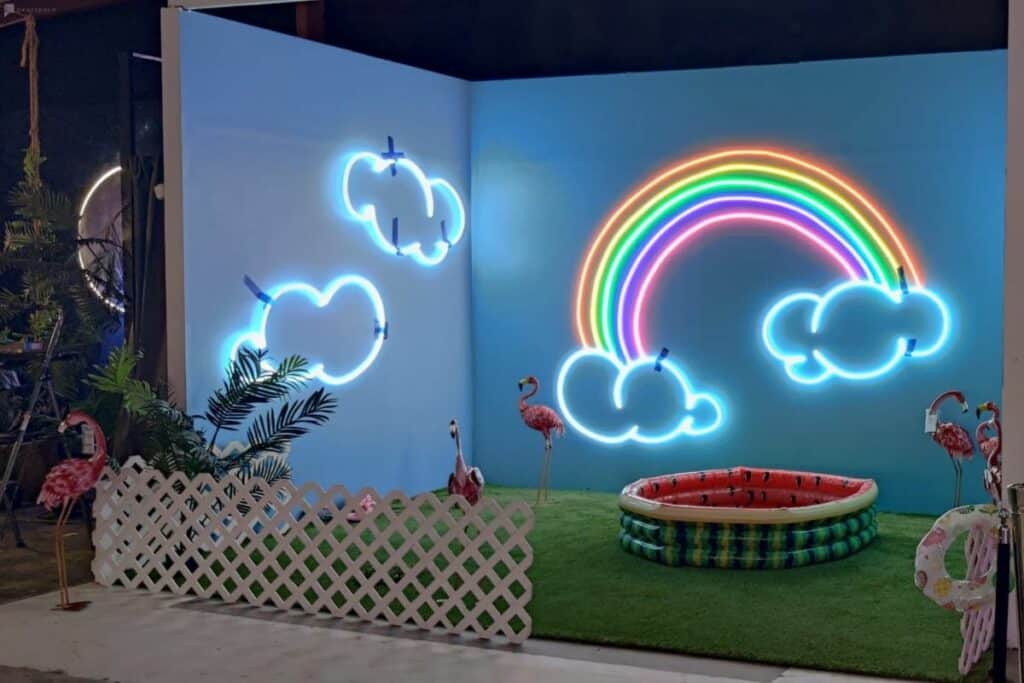 If the band is on tour, in the studio, or goofing off backstage, have them shoot videos of the action on their phones. Make sure to have them shoot horizontal video instead of vertical video. Use this footage to cut between your live performance or construct your entire video out of it. Either way, this is an affordable and creative way to give your viewers a look into the lives of their favorite musicians.

You can even turn it into an interactive contest of sorts. Reach out to fans on social media and ask them to submit videos they took at the group’s concerts. After all, you know they’re always filming during their concerts! You’ll have tons of extra footage to sort through, but there could be serious diamonds in the rough.

10. Produce your video with animation in mind 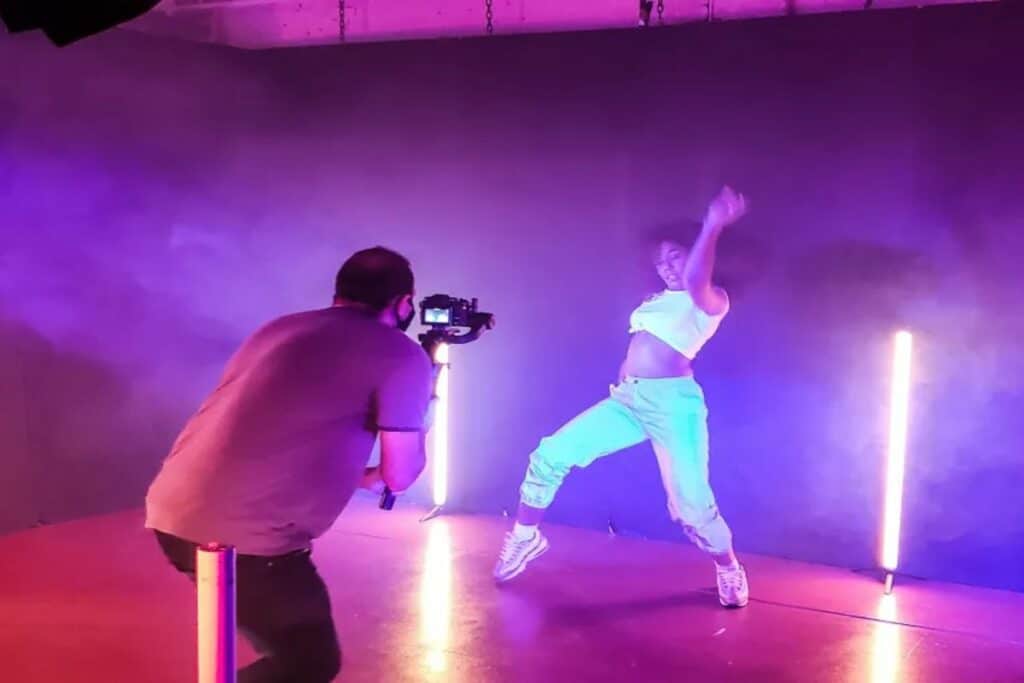