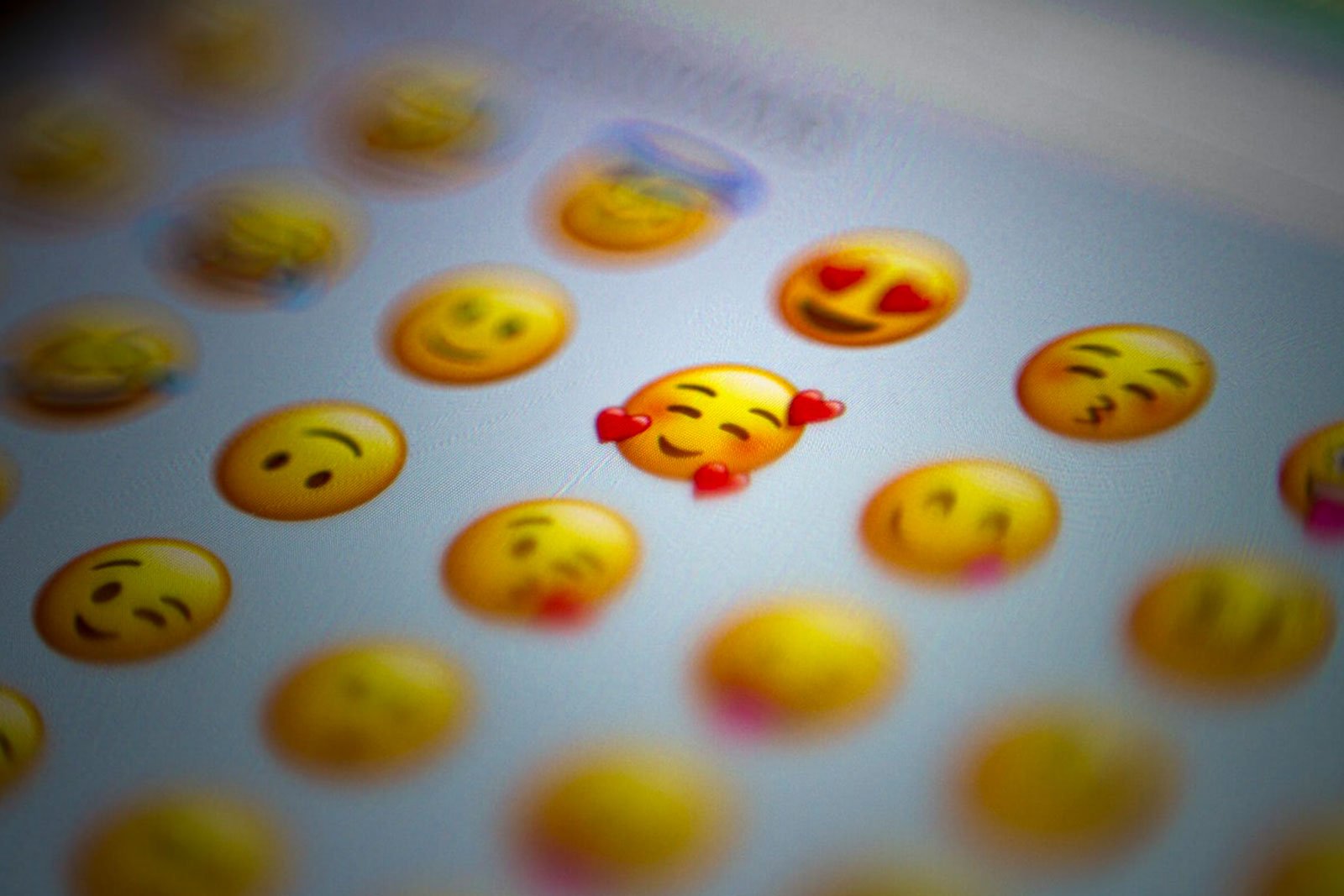 The Gospel in 7 Emojis

Many Christians find that easy-to-recall pictures are the best way to get their brain and tongue in motion when a non-Christian friend suddenly asks, “What exactly do you believe about Jesus?”

With smartphone emojis used by so many people on a daily basis, emojis provide a shared pictorial language that can help us explain the gospel. The following set of seven emojis is designed to communicate the gospel’s main elements. One of them, admittedly, is a stretch, but until the organization that controls emojis offers an empty-tomb emoji, it may be our best bet. And since Jesus is the Word delivered from the Father but now ascended to heaven, perhaps an empty mailbox is just right.

“In the beginning God created the heavens and the earth” (Gen. 1:1).

The word God means different things to different people. To cut through the confusion, we must say that the God of the Bible created everything. This is a far more satisfying account of the universe’s origins than most science textbooks provide. They point to the Big Bang alone, an uncaused “singularity,” which in plain English means nothing created something out of nothing. In contrast, and much more believably, the Bible says that Someone created something out of nothing (possibly using the Big Bang as his instrument). When a tomato hits a chalkboard, the teacher swivels around to ask, “Who did that!?” In a similar way, this world,—with its sunsets, pearls, rainbows, sandy beaches, and green valleys—has a “Who did that!?” quality to it. The Bible introduces us to our Maker.

Of course, if God created all things it’s reasonable to ask whether he stands behind earthquakes, famine, sickness, and death. To respond, we’ll need our next emoji. The explanation for suffering is found in the opening pages of the Bible. According to Genesis 3, the first humans rejected God. They ate from the forbidden tree (fruit unknown, but traditionally depicted as an apple), and in response God punished not only humanity but also the earth itself (Gen. 3:17). God had to punish humanity’s sin, because if he cushioned us from the consequences of sin, we’d never know our need for him (see Ps. 107:4–15). Left to ourselves, our condition would be hopeless; but in his love, God hasn’t left us to ourselves.

With the whole world imprisoned by sin (Gal. 3:22), only someone from outside the world could help us. God the Father prepared humanity for the arrival of his Son by setting apart Israel as his chosen people. Through his prophets, God promised that one Israelite king, known as the Anointed One or Messiah, would reign not only over Israel but over the world (Ps. 2:8). He would be eternal (Mic. 5:2). He would be God (Ps. 45:6–7). He would save (Is. 49:6). These promises were fulfilled when God the Son took on human flesh and was born to a virgin, who gave him the name Jesus. An angel announced the long-awaited news: “For unto you is born this day in the city of David a Savior, who is Christ [Greek for ‘Messiah’] the Lord” (Luke 2:11).

Jesus’s ultimate mission on earth was to die. As he himself said, “Even the Son of Man came not to be served but to serve, and to give his life as a ransom for many” (Mark 10:45). God had already revealed that “blood makes atonement” (Lev. 17:11), but the only blood truly capable of atoning for human sin was the “precious blood” (1 Pet. 1:19) of the sinless God-man. Abandoned by his disciples, stripped of his clothing, nailed by his hands and feet to a wooden cross, he bore a world-weight of sin and received God’s punishment for it (1 John 2:2). As a lightning rod on top of a tall building intercepts lightning strikes, protecting the people beneath, so Jesus was willingly struck by the punishment for human sin, so that anyone who takes shelter in him would be eternally forgiven.

Jesus’s body was buried in a guarded tomb (Matt. 27:65). The body’s absence from that tomb three days later should be considered a secure historical fact. Jesus’s many enemies were never able to produce his corpse in answer to the hundreds of people who saw his resurrection appearances (1 Cor. 15:6). After Jesus’s resurrection and ascension, his disciples took the news of their risen Savior throughout the Roman Empire, sometimes at the cost of their own lives (John 21:19). It’s been rightly said that people don’t die for what they know is untrue.

If the disciples had invented the resurrection, they wouldn’t have given up their lives for the sake of that claim. Like a hunter returning triumphantly from the cave of a slain wild beast, Jesus demonstrated by returning from the grave that he had defeated sin and death. Those who trust in him are united to him and share in his victory (Eph. 2:4–6).

Anyone who comes to Jesus must turn from sin. Salvation isn’t a license for rebellion; it’s liberty for righteousness (1 Pet. 2:24). However, left to ourselves, we wouldn’t have the power to resist sin. In his kindness, God gives every believer the gift of his Holy Spirit (Acts 2:38)—represented in Scripture by a dove (Luke 3:22)—to dwell within us and strengthen us for the Christian life. In this way, the Spirit seals us as God’s people (Eph. 1:13–14). The three persons of the Trinity—Father, Son, and Holy Spirit—indwell one another, and so it’s true to say that Jesus himself lives within us by the Spirit. As the song says, “Oh how strange and divine, I can sing: all is mine! / Yet not I, but through Christ in me.” The Holy Spirit also brings believers into one universal church (1 Cor. 12:13), which at the local level is a community gathered around Jesus by his Word (Matt. 18:20; 1 Pet. 2:2–5).

If Christianity were for this life only, Christians would be “of all people most to be pitied” (1 Cor. 15:19). But Jesus has been raised from the dead, and he will return from heaven to judge the world on a day set by God the Father (Acts 17:31). The dead will be raised (John 5:28–29), and the wicked will be thrown “into the fiery furnace, where there will be weeping and gnashing of teeth,” while “the righteous will shine like the sun in the kingdom of their Father” (Matt. 13:42–43). Creation will be liberated from its bondage to decay (Rom. 8:21), and God will dwell with his people and wipe away every tear from their eyes (Rev. 21:4). Believers have this hope as an anchor for the soul (Heb. 6:19), and the more it captivates our hearts, the more it changes our lives: “When he appears, we shall be like him, for we shall see him as he is. Everyone who has this hope in him purifies himself, just as he is pure” (1 John 3:2).

By themselves, these emojis would be meaningless to a non-Christian. But they could prove useful as a visual aid in an evangelistic conversation. Telling someone the good news always requires boldness, but with the help of the indwelling Holy Spirit, you can do it. 👊